History of the Duston-2 Apple-1

It was on stage and exhibition at Vintage Computer Festival West 2019 at the Computer History Museum in Mountain View. Daniel Kottke demonstrated with this Apple-1 what he had to do as a test procedure at Steve Jobs' parents' garage in 1976.

On the back is the serial number 01-0060 handwritten by Steve Jobs.

To the lovely Larsen’s (David and his wife) I have a very good contact. In 2015 he invited me to stay at his home in Virginia and we talked for almost two days. Eventually he offered me to buy his whole collection including four Apple-1. His little museum was impressive and even more his huge barn full of rare computers. At this time, I was pretty busy and the offer was a surprise. After calling David to buy the whole collection including all four Apple-1, Lonnie Mimms (Computer Museum of America in Roswell/GE) already took all but two Apple-1. Between 2015 and 2018 many other rare computers were added to my collection and I didn’t think about David’s last two Apple-1 much. We just exchanged some E-Mails. David sold in 2017 one of his remaining Apple-1 in an auction. In spring 2018 I visited Lonnie Mimms in Roswell/GE and had a look to his upcoming huge museum and met David again. We talked a lot about everything and the upcoming auction of his last Apple-1. Corey Cohen wrote a condition report and did some restoration work as well. Corey and I talking from time to time about Apple-1 computer. In 2018 I bought his last one in a private deal after auction. David had some offers even higher than my offer but luckily, he sold it to me. I visited David and his lovely wife to pick-up the Apple-1 and they invited me stay at their home in Virginia again. We had a wonderful time and I am now the new owner of this piece of history.
David Larsen offered me his complete vintage computer collection while having a glas of wine in the afternoon. I was really unprepared for such an offer. His collection was unbelievable. Unfortunately, when I got back to David, he already sold it to Lonnie Mimms. 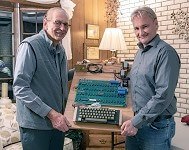 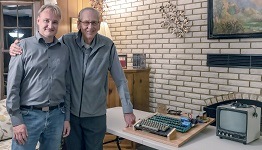 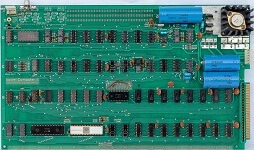 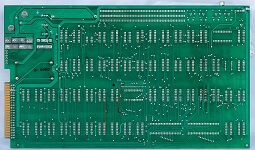 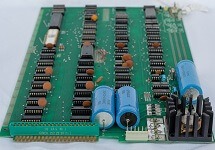 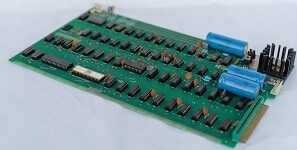 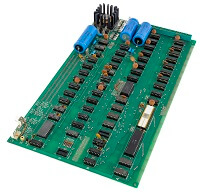