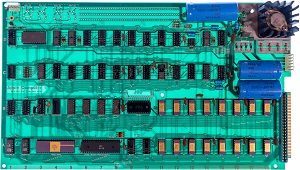 It is an original and working Apple-1 computer from the 1st batch. Second owner got this Apple-1 and the Apple Cassette Interface as a gift by Steve Jobs. He was a childhood friend of Steve Jobs. The Apple-1 was traded-in at Apple for an Apple II by the first owner. Very special is the fact that the original Apple shipping box still exist. Steve Jobs shipped the two Apple-1 to Chris Dreike.

On the back is the serial number 01-0049 handwritten by Steve Jobs.

The seller of this Apple 1 met Steve Jobs in 8th grade in 1968. Being new to the school, he was looking for someone to hang out with for the summer. The seller and Steve became fast friends, riding bicycles all around the Sunnyvale and Los Altos area. They hung out together in the Jobs garage where Steve's Dad would work on cars and other projects. One of the projects was a ski boat which he used to take the seller and Steve water skiing at Calero Reservoir in South Santa Clara County. The seller was also invited to and went on a week long summer vacation with the Jobs family at Camanche Lake near Sacramento. The seller and Steve even road bicycles from his house over the Santa Cruz Mountains to the beach. In the summer of 1972 the seller, his sister and her girlfriend and Steve camping and backpacking for a few days in Yosemite. That may have sparked Steve's love of Half Dome as they hiked to the back side and climbed the cable trail to the top. Their transportation was the seller's 1964 VW bus which he owns to this day. After that adventure the seller and Steve went their separate ways. The seller to college in Southern California and Steve to Oregon and other travels. The seller would stop in to see Steve periodically when he was visiting in Sunnyvale. One visit was at Apple's first office in Palo Alto and another time at NEXT Computer.
At a 2007 visit at Steve's home, there was quite the surprise as former President Clinton was there for a fund raising meeting with Steve. The seller was fortunate enough meet Mr. Clinton as evidenced by the photos below [red: to protect privacy of the owner, these pictures showing Bill Clinton, Steve Jobs and the owner are not published]. The last time the seller and Steve met was in June 2011. Steve passed away the following October and the seller attended the service for Steve at Stanford University.

During the time that the Apple 1 was in progress, the seller visited Steve several times (Christmas 75, Spring break 76 and summer of 76) seeing burn in boxes in the garage. Steve gave the seller a couple of Polaroid photos of the computer screens and a handwritten offer of bare boards for $75 each. The seller also met the young man who was working on Apple Basic (possibly an 8th grader or high school freshman).

The seller contacted Steve in late 1977 and asked if he might send an Apple-1 to play around with. Steve was kind enough to send 2 non-working motherboards along with 2 cassette interface cards and a lot of documentation. One of the cassette interface cards was tagged with a label saying that it did not work (later to be proven incorrect). One of the motherboards was complete with a white ceramic CPU and 4k white ceramic memory chips. The other board was missing the -5V regulator chip as well as the CPU and memory and had a tag dated August 1977 with the former owner's name (Bob Reinemer) stating: "Doesn't load Basic", no -5V regulator. The boards were numbered on the back side in felt pen, 01-0044 (tagged unit) and 01-0049. Somewhere between that time and about 1980 the seller obtained a keyboard and an RF converter and installed them into a home made wooden box. He tried several times over the years without success to make the one board work by swapping chips.

Sometime in 2000 the seller contacted Bill Fernandez (high school friend and Apple employee number 1) who sent him a possible copy of Apple 1 basic on a CD. He also briefly played with the boards to get the complete one working with no success.

In late 2016 the seller finally made a successful effort to get the boards working. He paid a visit to Steve Wozniak on 11/23/16. During the visit he asked about getting his Apple 1 working and Woz referred him to Wendell Sander (another ex-apple electronics designer) who gave advice and encouraged the trouble shooting efforts. The seller finally prevailed on the first board (01-0049) by replacing a bad socket and replacing a bad logic chip. He was lucky enough to find a correct replacement TI socket at the local electronics shop. It was very exciting to have one unit working.
This particular unit does not have the proper jumper wire to use a cassette interface card. The seller then proceeded to repair his second board. He found a non-vintage -5V regulator and installed it. He also found and replaced another bad logic chip. This board had the proper jumper for running a cassette interface card. With Internet searches more 4k memory chips in the white ceramic packages from the same manufacturer with similar date codes were found and installed into the tagged computer. Wendell sent several digitized audio files of the Apple 1 Basic which after considerable effort and trouble shooting were loaded into memory and run. It was found that the proximity to a high power radio station transmitter was creating enough electrical interference in the boards that the cassette interface cards would not work. The power mains were picking up high levels of radio frequency interference. The solution was to install an AC power line filter and improved grounding.
A second keyboard was needed for the second computer. Once again luck was to prevail with a find on EBAY for what was a terribly high price, a working vintage GRI (George Risk Industries) ascii keyboard with one missing keycap! GRI was contacted and kindly supplied an engraved correct blank key cap (very nice people there at GRI). With the two computers now working, it was decided that one should be sold via auction.

After buying the 'Reinemeier / Steve Jobs Gift #1' Apple-1 I had contact to the owner. On one of my visits in the US he invited me to L.A. area. The owner offered to pick me up from LAX airport. Recognizing or finding him would be easy, he would pick me up in his old VW bus. The bus he and Steve Jobs drove around in when they were young. In his house he showed me another Apple-1 with a lot of accessories, a handwritten letter from Steve and two Polaroids of an Apple-1 prototype. We had a pleasant time, I was able to take a few pictures for the Apple-1 registry and flew back to the Bay Area. Even then I showed great interest in this Apple-1. We kept in touch for three years and I kept asking if he would sell me the Apple-1. In 2021 the time had come. And in January 2022 I had the Apple-1 in my hands. 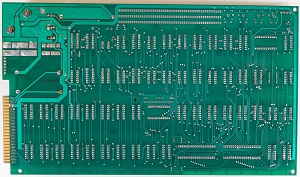 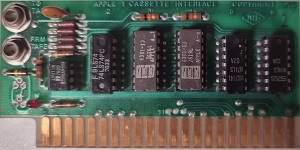 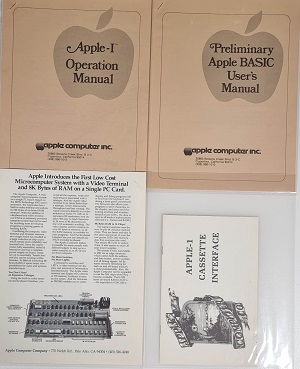 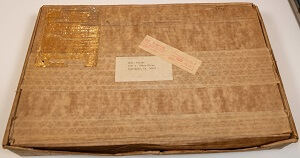 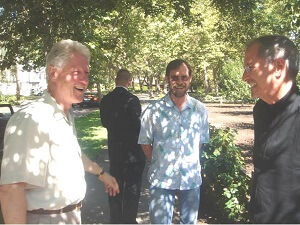